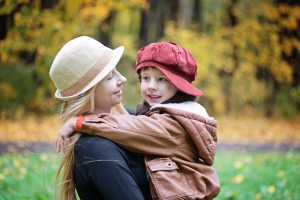 When they say you blink and your child is no longer the little boy or girl that they once were, they are not kidding. I used to think that this would not apply to Michael as he was different from the beginning with his challenges, but this could not be further from the truth. Michael, the little boy, began to disappear two years ago, right around the time that puberty started to kick in. Type 1 Diabetes followed in its wake, and the little boy he was had to grow up real fast. He did, and so did his Mama. I had to be strong for him, as I knew he would have his moments when he would be scared, as is normal for any kid going through big changes.

Now, in the wake of the cute little boy who used to think his Mom and Dad could do no wrong was this surly little teenager who, yes, was rebelling. I was both relieved and worried. How did I parent this new creature? As I said in a previous post, I thought I had until thirteen or fourteen to worry about puberty and rebellion. Still, I adjusted to the “new Michael.” He’s actually pretty cool. I dig his music, a lot of the pop rock, rap and hip hop that I like. We have had interesting conversations about religion, life and other subjects under the sun. But the other afternoon something else extraordinary happened. I had a glimpse in the the “old Michael” and a flashback to a time of innocence when he was small.

It happened when he came to spontaneously give me a hug and smelled my neck. My throat constricted for a second. I thought I was going to cry. You see, Michael used to do this when he was a baby and I was cuddling him in my arms or when I was comforting him if he was scared. It took me back  to all those years when he was little and I was his world. In that moment, I missed the little man that was my Michael, but was reminded that deep down inside that little boy was still there, and would always be there needing my support, love and strength to continue to help him grow into the incredible little man he is becoming.

I have never been one to mourn time passing with Michael. I used to be shocked when other Moms around me would say things like, “I’m so sad, my baby is growing up. He’ll be a teenager soon.” etc.  I was so happy that Michael was progressing, pushing away from me towards independence. With each day, I become less worried about him coping in the world due to this, though he needs to be able to regulate anxiety and anger. But this small gesture, him smelling my neck, led me to feel as well that I missed my little boy, the one who hugged me deeply, sat on my lap and loved to have me read stories to him or read to me, the one who sought my opinion over his friends’ all the time. I know it is normal that he is pushing away on these fronts, but until this moment occurred I had thought I had lost my little boy forever. Worse, I did not even know I was missing him. Then, I realized that I was missing that little guy and it was normal to be. I also realized that the little boy would always be in there. I also realized I needed to enjoy those moments as I do his moments of independence. My little and big boy both need me and that is fine.

Exceptional Parents, have you ever caught glimpses of your Exceptional Child’s past innocence and realized how much you missed it even as they have progressed? It is a mix of emotions that then occur, and both are correct to feel. The important thing is to enjoy every time and age with your Exceptional Child, and know that no matter what, they will always remember the precious moments they share with you and what those moments mean. Until next time .

Feeling overwhelmed as an Exceptional Parent? Don’t know where to turn for tips, and ways to survive and thrive during the whole journey? You are not alone. I have walked and continue to walk this path myself. As a writer, speaker, parent coach and Mom to a son with Autism, ADHD, and Type 1 Diabetes,  I can help you through all the twists and turns that parenting an exceptional child require, while keeping your sense of humor intact, your sense of self and relationships intact, and helping you see that not only are you raising your exceptional child, but they are raising you to be the best human being you can be. You are each other’s advocates for a better world. For more information on my coaching packages, contact me at http://www.creatingexceptionalparenting.com.